You are here: Home / Archives for Othello 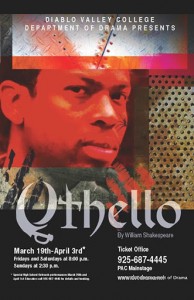 Othello (The Tragedy of Othello, the Moor of Venice) is a tragedy by William Shakespeare, believed to have been written in the year approximately 1603, and based on the short story Un Capitano Moro (“A Moorish Captain”) by Cinthio, a disciple of Boccaccio, first published in 1565. This tightly constructed work revolves around four central Read More»