You are here: Home / Archives for The Pillowman 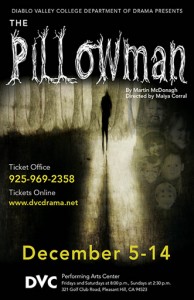 THE PILLOWMAN was awarded the Laurence Olivier Award for Best New Play, the New York Drama Critics’ Circle Award for Best Foreign Play, and two Tony Awards in 2004-2005. With echoes of Stoppard, Kafka, and the Brothers Grimm, THE PILLOWMAN centers on a writer in an unnamed totalitarian state who is being interrogated about the Read More»