You are here: Home / Archives for The Farnsworth Invention 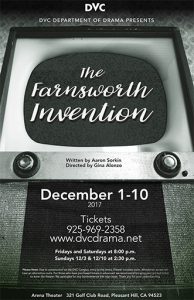 It’s 1929. Two ambitious visionaries race against each other to invent a device called “television.” Separated by two thousand miles, each knows that if he stops working, even for a moment, the other will gain the edge. Who will unlock the key to the greatest innovation of the 20th century? The ruthless media mogul? Or Read More»