You are here: Home / About Us / Faculty/Staff / Reed Martin 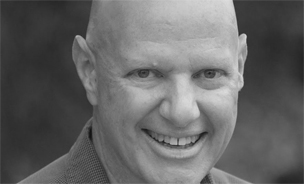 Reed Martin is absolutely delighted to be teaching at DVC! He is an educator, writer, director, performer, and producer who leads master classes/workshops around the world and is also on the faculty of Santa Rosa Junior College, San Joaquin Delta College, and Napa Valley College. Reed is best-known for his work with the world-renowned Reduced Shakespeare Company – a three person theater troupe that takes long, boring topics and turns them into short, sharp comedies. He has published nine plays, three humorous non-fiction books, and has written for the BBC, NPR, Britain’s Channel Four, RTE Ireland, Public Radio International, The Washington Post and Vogue magazine. Reed has performed twice at the White House, in London’s West End, Lincoln Center Theater, Kennedy Center, Seattle Repertory Theatre, American Repertory Theatre, ACT San Francisco, McCarter Theatre, Long Wharf Theatre, Old Globe Theatre, La Jolla Playhouse, and Madison Square Garden, as well as in 12 overseas. His work has been nominated for an Olivier Award in London, a Helen Hayes Award in Washington, DC, and a San Francisco Bay Area Theatre Critic’s Circle Award. He has a BA in Political Science/Dramatic Art from UC Berkeley, an MFA in Acting from UC San Diego, and is a graduate of Ringling Brothers/Barnum & Bailey Clown College, as well as being member of The Dramatists Guild and Actors’ Equity Association. Reed lives in the North Bay with his wife and two sons, all three of whom are much funnier than he is.