You are here: Home / About Us / Faculty/Staff / Lisa Drummond 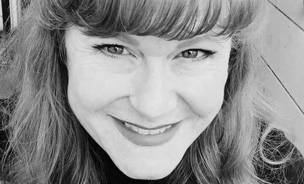 Lisa has worked extensively in the Bay Area and Southern California as a teacher, actor, director and acting coach for the last 20 years. She joined the faculty at Diablo Valley College in 2009. She has taught at San Diego State University (2004 & 2005 Teacher Excellence Award), Grossmont Community College (2007 Teacher Excellence Award) and Saddleback Community College. As an actress, her credits include productions with San Diego Repertory Theatre, Starlight Musical Theatre, North Coast Repertory Theatre, Sierra Repertory Theatre, Willows Theater Company, Contra Costa Civic Theatre and PCPA Theatrefest. As a director, her credits include: Willows Theater Company, North Coast Repertory Theatre, Diversionary Theatre, San Diego Actors Festival, as well as San Diego State University, Grossmont College, Saddleback College, and Belvoir Center for the Performing Arts in Lenox, Massachusetts. At Diablo Valley College, Lisa has directed Hairspray, Into the Woods, The 25th Annual Putnam County Spelling Bee, Zombie Prom, and The Wedding Singer. She will be directing the upcoming 2018 musical, Godspell. Lisa received her BA in Drama-Acting from SFSU and an MFA in Drama-Musical Theatre from SDSU. Her favorite role is being mom to her two precious sons, Danny (10) and Tommie (7). She is a proud member of Actor’s Equity Association.

DVC Drama, COVID-19 and You

Classes:
In a time of uncertainty, one thing you can be certain of: DVC Drama is here for you! We are offering a full schedule of classes this spring to serve our students and our community, as a mixture of fully and partially online formats. Whether you are looking to transfer to a four year institution or seeking to strengthen your skills, DVC Drama has the class for you! Enroll in our fall classes today! www.dvc.edu

Shows:
Just like you, we are navigating the stages of reopening. At this time, we don’t know when theaters will be allowed to open for live performances, but DVC Drama remains committed to giving you fantastic shows in the 2020-21 season in either a live or online format. We will continue to keep you posted.

Donations:
In this unprecedented time, your support means more now than ever before. We are calling on you, our subscribers and patrons, to donate to DVC Drama so that we can share in the joy of live theater once again. Thank you for your continued support.